History of the School

Frances Mary Buss was born in 1827 and founded The North London Collegiate School in 1850 aged just 23. 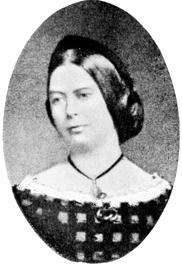 All the family assisted with the school including her brother Septimus and her father, R.W. Buss, who illustrated Dickens' novels.

She was the first person to coin the term ‘headmistress’ and the first to use it!

In July 1870 she handed NLCS to the trustees and with the assistance of funds from the Brewers’ and Clothworkers’ companies, she was able to open the Camden School in January 1871 for families with more modest incomes.

The school started with 40 girls. It cost 4 guineas to attend.  Their fathers’ occupations included clerks, tailors and civil servants as well as two builders, two grocers and two clergymen, an engineer in the British Museum, a cattle salesman, a boarding house keeper, a jeweller and a pianoforte tuner. 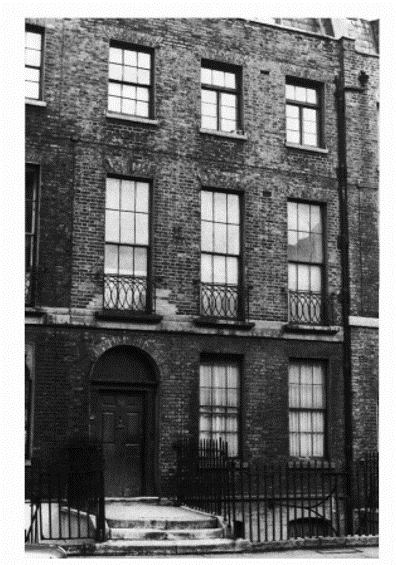 The Camden School grew rapidly from 40 girls to 161 in just 6 months! By February 1873 governors had to take another house in Camden Street and numbers rose to 331.
The school’s first waiting list was soon established. Funds for The Camden School were however short and attitudes towards female education were still hostile. The school battled for survival and when things seemed to be at their lowest ebb help came from Princess Alexandra (later Queen Alexandra) who asked for both of Miss Buss’s schools to be placed under her patronage and gave a cheque for 50 guineas. Around the same time The Brewers Company also agreed to give a sufficient amount of money and provide some annual endowment. On 13 May 1875 Queen Victoria signed the scheme to administer both Miss Buss’s Schools as public endowed schools under the Charity Commission putting both schools on a firm footing.

In 1878, the school moved to a larger building on Prince of Wales Road (now luxury flats) which had previously been the Asylum for Aged Governesses. The school had grown to 420 girls and the architect Mr E. C. Robins FSA had a big task in remodelling the old home into a school. Classrooms were provided as well as a Science Lecture room, an Art School, a Library and a Gymnasium and the school was surrounded by a lovely walled garden.

In the meantime North London Collegiate moved into Sandall Road (previously a furniture store knows as the Emporium) which was to become CSG’s permanent home when NLCS moved to Canons Edgware.

Miss Buss was an early pioneer in the field of physical education.  Special care was given to questions of health and physical welfare and the provision of a gymnasium in both schools was well ahead of its time.

The First World War saw the creation of the School’s Guild of Good Will with a collecting box put in each form room and weekly voluntary contributions invited. The school also gave up all school and sports prizes and the money saved was added to the fund. Donations were made to the Serbian Relief Fund, the Friends’ War Victims’ Relief Society and to Belgian and English hospitals.

During the Second World War the Camden School was evacuated to various locations including Uppingham and Lincolnshire.  The intention was that the school would move into the building at Sandall Road vacated by NLCS who had moved to Edgware but an air raid in January 1941 extensively destroyed the school site. The school site lay in ruins for many years afterwards until eventually the bold decision was taken to try to raise the money to rebuild. The Building Fund, supported by students and parents, raised £5,000, which would be an impressive £130,000 in today's money. The architects Stillman & Eastwick-Field Partnership created a Brutalist design that linked the Victorian and Edwardian sections of the school. On the 18 October 1956, the school celebrated the opening of the new school at Sandall Road in the presence of HRH The Duchess of Gloucester (Alice).  The famous sculptor Sir Jacob Epstein also created a terra cotta sculpture of Jane Wilson, a first year student in 1956 (pictured below) to celebrate the occasion.

In the 1960s, a small factory adjacent to the school became available and plans went ahead for the addition of an additional science wing.
On 8 December 1965 Sir John Cockcroft, Master of Churchill College and joint winner of the Nobel Prize for Physics (1951) for his pioneering work on “splitting the atom”, laid the foundation stone.

Some celebrity concerts took place during the 1960s including the likes of Paul Tortelier, Andrés Segovia, Vladimir Ashkenazy & John Ogdon amongst others to help raise funds for the new science block. 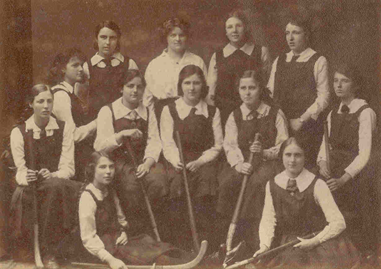 In 1973, a disaster struck the school. On June 13th, lessons took place as usual in the Hall. A teacher remarked afterwards that she heard a sound like gravel falling during her drama class. She noticed a crack in the ceiling, and asked a girl to go upstairs and look at the hall from an upstairs window. The girl thought she saw a bulge, but couldn’t be sure. There was a meeting with parents in the evening. All went well. But at 10.22pm, there was a rumble like the sound of a train approaching, and then an ear-splitting crash. The entire roof of the hall had plummeted to the floor. Luckily, no-one was hurt.

During the days after the collapse the school felt profound shock, but had to start raising money to part-fund the repairs and also to build 'temporary' accommodation to use instead of the hall. That temporary structure is the building we now call the Studio, still in place over 45 years after the collapse of the roof. 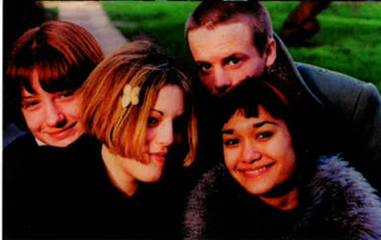 During the 1980s the school joined a consortium with other schools in the area for Sixth Form with some boys admitted to attend lessons on site.

From the 1990s they were officially admitted for the first time on the school roll. The Sixth Form House was built and work was done to extend the Founder’s Library as we know it.

Early in the 21st century the Camden Building had been built creating much needed space.

In January 2000, a blue plaque was unveiled by Connie Hurran, a senior prefect of North London Collegiate aged 89 and Harriet Bennett who was the youngest girl at Camden School for Girls at that time.

It is unusual for a plaque to mark a school premises, but the building was chosen as none of Buss’s former homes are in existence. Frances Mary Buss is recognised as a pioneer in girls’ education and in teacher training. Her schools, as was said in the Fleming Report in 1944, became the model for girls’ schools throughout the country and indeed the world.

She died on Christmas Eve in 1894 aged 67 and is buried in the churchyard of Theydon Bois in Essex. 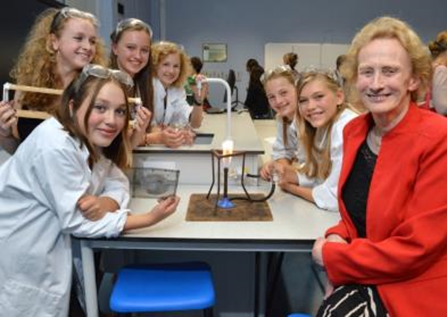 They swam in in one hour shifts and reached France in just over 13 hours. A magnificent £18,000 was raised which was put towards refurbishing the science labs.
Dame Athene Donald, Professor of Experimental physics at the University of Cambridge, Master of Churchill College, Cambridge and former pupil at Camden School for Girls officially opened the refurbished laboratory. 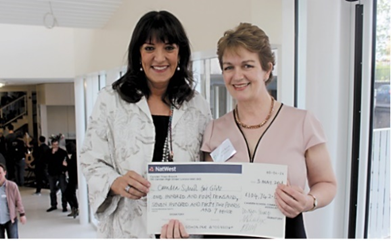 The school is extremely fortunate to have support from Camden School's Community Association (CASCA).

On Founder‘s Day 2017 they kicked off a 60for60 campaign to mark 60 years at Sandall Road with a target of £60,000 to help modernise classrooms, common areas and the dining hall. In fact £105,000 was raised and in May 2018 Baroness Gail Rebuck declared these new areas open.

In 2018, CASCA once again funded the creation of the new astroturf multi use games area.

The school is also surrounded by a living green wall neutralising pollution from the main road and giving our students increased privacy. 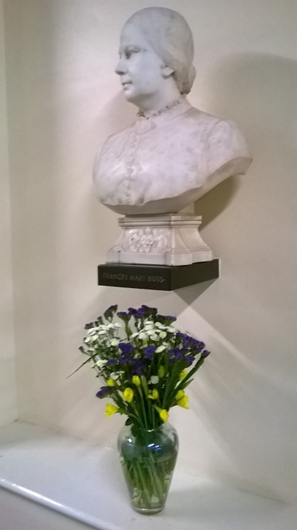 2021 marks 150 years existence of Camden School for Girls and the school carries on its traditions and remembers every Spring its founder Frances Mary Buss who was such a visionary.

Doris Burchell CBE, past headteacher at CSG from 1946 - 1968, writes in her book ‘Miss Buss’ Second School’ that Frances Mary Buss spent her life in preparing a pitch on which she knew, right from the beginning, she would never play and who when encountering opposition was heard to say:

“We may not get there, but others will”

A History of Camden School for Girls

A fascinating memoir of Camden School for Girls which was founded in 1871 by Frances Mary Buss. Written by Fiona Millar, writer, journalist and CSG alumna with photographs and archive material spanning the decades across 150 years.

A must-read for everyone in the Camden community! 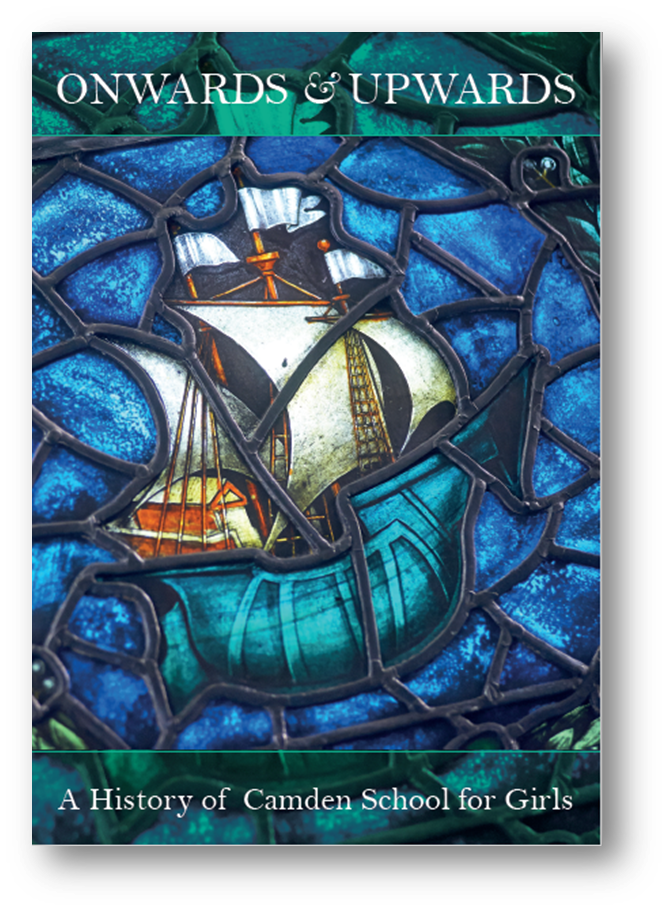 We suggest a minimum donation of £10 which includes UK postage and packing. We also welcome regular donations, no matter how small, to sustain our excellence for another 150 years to come.

All proceeds support the Camden School Foundation of Frances Mary Buss (registered charity number 312763) the funds from which are used for the benefit of the whole school.