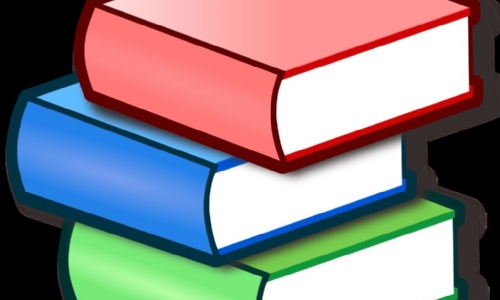 It was a chance conversation last year with a Year 12 student, in which she asked me what she should be reading, both for pleasure and as a preparation for university, that gave me the idea of running a Book Club for Year 13 students. I floated the idea to them last September, unsure whether there would be any interest in an extra-curricular reading group and was delighted when twenty or so students turned up for the first session, full of enthusiasm.

I was always clear that this would not be a replica of the usual book clubs, with participants meeting every month or so, all having read a complete novel.  I wanted us to meet every week and I wanted to introduce the students to as wide a range of literature as possible, by focusing each week on a different poem or opening to a novel or extract from a play.  I also wanted them to be able to suggest things they had read and thought others might enjoy, or things they felt they should have read but had not yet tackled on their own. I chose texts primarily because I liked them but always in consultation with the students.

Our sessions were certainly wide-ranging and included all of the following, in no particular order: Dickens, Nabokov, Carter and Roy; Donne, Blake and Browning, as well as Rossetti and Dickinson; Shakespeare and, in total contrast, a contemporary novel, presented to the group by two of the students, Clemmie and Alice, called On Earth We’re Briefly Gorgeous, by Ocean Vuong, a young Vietnamese American writer.  The latter was one of the highlights of the year and introduced many of us to a writer we had not come across before. By and large, we did look at something different every week but the keynote was always flexibility and so we spent three weeks on Rossetti’s intriguing poem, Goblin Market, while the opening scene of Shakespeare’s Othello elicited such interest that we ended up reading most of the play over a month.

We began the year face-to-face, moving to online sessions at the beginning of January and then resuming in the classroom when we were able to do so mid March.  Not every student came every week; it was always a voluntary activity and some missed sessions if they had too much academic work to do or if they’d had too many Google Meet sessions in a particular week, but there was a stable core of 14 or so students who came every week for the entire year, and not all of them were doing an English A Level.

For our last session in May, students brought along a piece of literature they particularly liked and shared it with the rest of the group, explaining why they had chosen it.  Their selections were varied and interesting, and their comments were, as always, thoughtful and articulate.  It was the most fitting way to end the year.

It has been a really enjoyable experience in a very different way from a conventional lesson: it has felt to me as if I have had conversations with like-minded people whose enthusiasm, engagement and perceptive appreciation of literary texts has made it as interesting for me as I hope it has been for them.

When I told the students that I was writing a report for Friday News, they wanted to add something to it and three of them, Alice, Clemmie and Maddie, offered to write it on behalf of the group - it’s always been a democratic enterprise!  So what follows is what they feel about the experience:

“Reading and discussing literature outside of lessons has been both enjoyable and stimulating and being able to cover aspects of literature not within our A level courses has been really enriching.  The range of what we studied and the freedom we were given in what we wanted to look at and how long we looked at it for was one of the best bits - it was kind of like being in an extra English class, except we got a say in everything we studied, from Blake to Browning to Nabokov and Donne (and biscuits every week!), and the group relationship was a really comfortable one. Having the flexibility to read basically the whole of Othello was really incredible and the opportunity to plan and present our own session was an amazing opportunity. It also made us realise the effort you put into all our sessions, something we were so lucky to have. Although we were primarily reading for pleasure, we also realise that we've developed skills like close analysis and discussion that have been useful in our A levels.

Those of us hoping to do an English degree feel more confident about tackling a wider range of texts and one student who is not taking that route says that reading beyond the curriculum has made her aware of how much she’ll miss being a literature student next year.