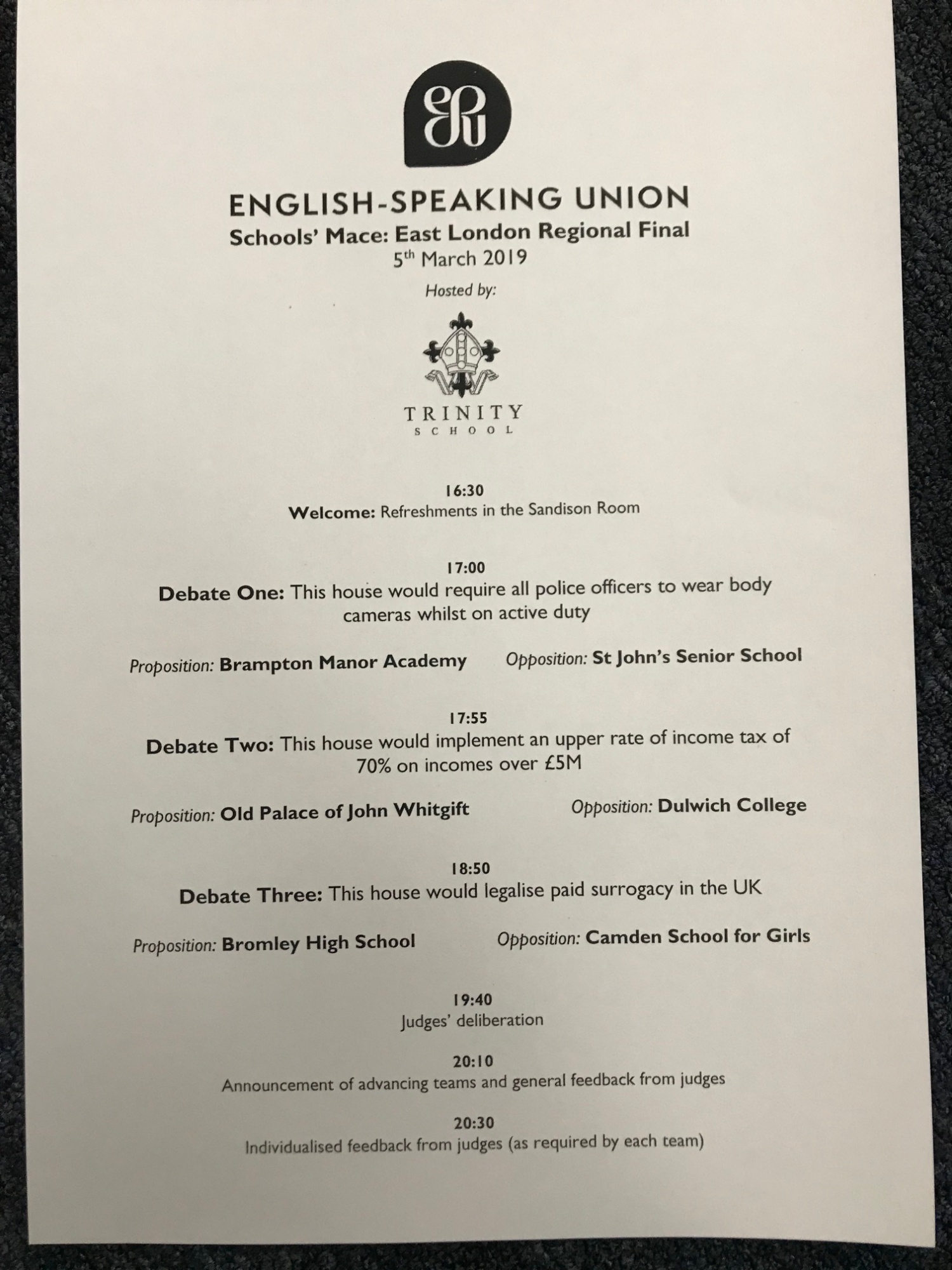 “This house would legalise paid surrogacy in the UK”.

The CSG debated with confidence on this very complex debate and offered a very good rebuttal of the proposition’s points.

At the end of the evening, only one team (of the six taking part) was chosen to go through and that was Dulwich College.

This was the furthest we have ever progressed in the ESU Schools Mace and our debaters really did CSG proud.