It might seem an age away, that last week before the summer holidays began properly but 13 Year 12 Duke of Edinburgh Gold students went into the cold north of England aiming to complete 5 days of rigorous walking and complete another section of their award.

We left on Monday 15 July at a very reasonable hour from Kings Cross, happily settling into our seats on GNER to first get to Leeds and then transfer for a train to Settle. Settle is famous for having one of the most iconic railway viaducts in the UK, it’s also one of the highest railway stations in England and was the starting point for our Goldies to start their walk of 80 kilometres. That first day was a gentle day to begin, train travel, lots of food, shops to visit and then from Settle station 5km to the campsite. That was the end of luxury, from that point you had to carry everything you were going to need for the next 4 days (bar water). Those rucksacks weighed in at between 14 and 18 kilos depending on which part of the shared kit you were carrying. Mostly it was 3 people to a tent.

A typical rucksack would contain: 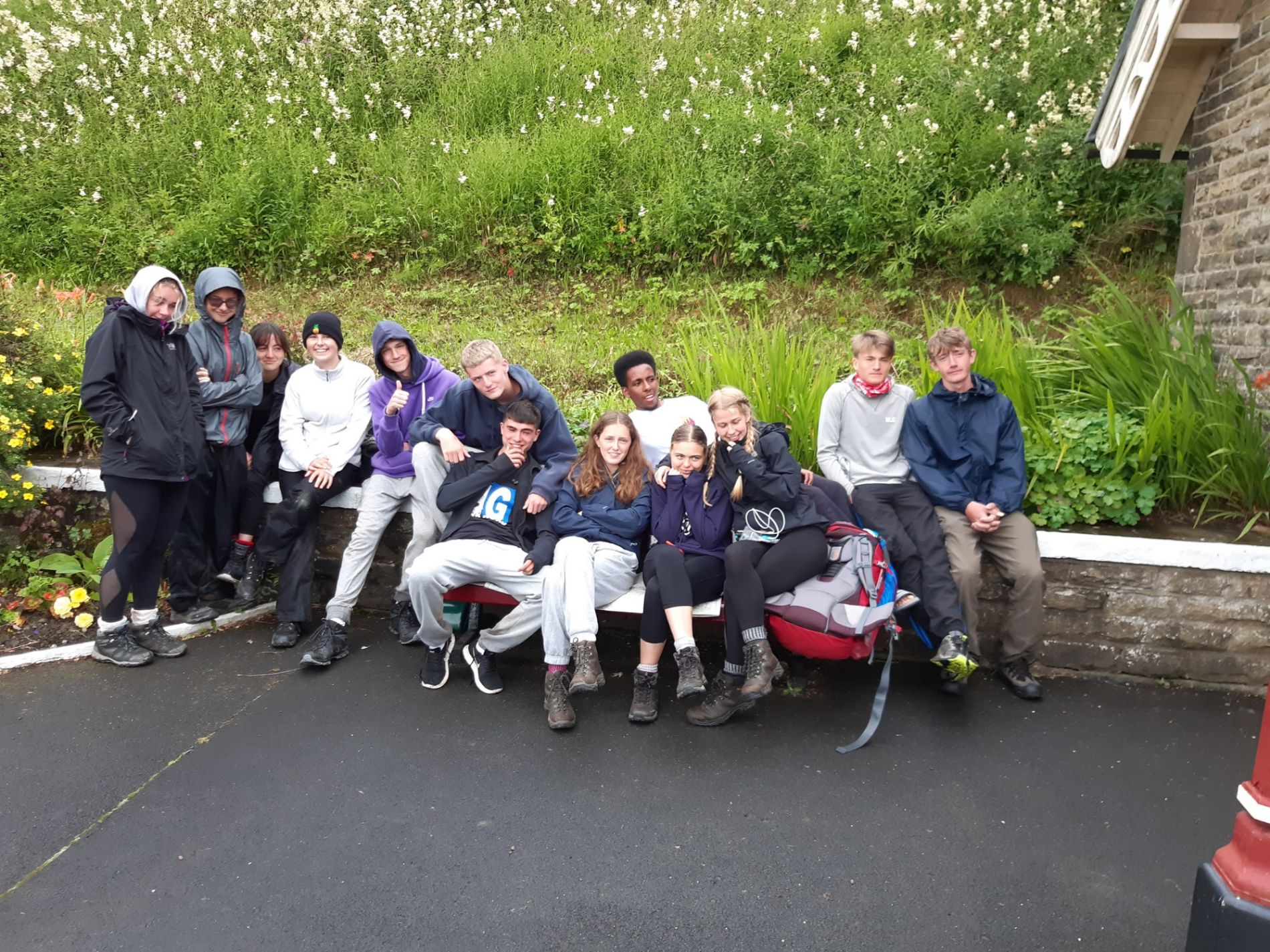 Thankfully as the supervisor I didn’t have to walk the whole 80km, taking short cuts, stopping off for coffee and cake, looking at the views, and best of all NOT taking the whole pack with my tent and stove etc. I did have to scale the odd mountain to intercept the two groups and make sure they were on track, and on Day 2 helped escort one group member off route to the road as she was ill. Thankfully, a member of the public saw us arrive at the roadside, invited us in to eat biscuits and drink tea and use his landline phone to get assistance. Those mountains in the north block mobile phones better than most parental blocks on the home WiFi. Refreshed and then rescued by the support vehicle and our assessor, the team was reunited about 2 miles down the road, and minus her pack our ill student completed that day and the rest of the week. Special mention needs to be given to the rest of the Nightowls group who had shared her kit out between themselves to allow the sick one to get to a rescue point. Well done team

The other group brilliantly marshalled by Billy had achieved a notable mountain day going over 2 major hills/mountains in one day while walking over 24km. Billy was specially mentioned because he had shown true leadership working with everyone in the group encouraging and cajoling them up and down over 1200metres of ascent. That’s some doing carrying such heavy packs and the assessor was very, very impressed.

Someone claimed at the second campsite that the cake and tea room saved their life, but we didn't find out who it was. That was the night of the partial eclipse of the moon, we watched it creep over the edge of the mountain in a dark black sky, magical. The groups carried on in worsening weather especially on camp 3 where to add to the misery there wasn’t a shower, for that you had to walk an extra 500 metres to the next campsite. Even worse, I had to get my food in the local pub where they were allowed to use the toilets but no food or drink was allowed for them. They tried catching up on news using the WiFi in the pub but got hustled out. Cruelty to youth depriving them of such necessities.

We finished walking at Horton in Ribblesdale, everyone was happy, and 2 of them asked if they could do another day, unheard of.

Well done everyone, you were all motivated, uncomplaining (in my earshot) and really helpful to one another. I think you have demonstrated the true spirit of the DofE award.

As a footnote Duke of Edinburgh will be on offer again for year 12s to begin in September, you choose the level you want to do, and for Year 10 there will be a chance for 35 students to start Bronze. Watch out for future notices.