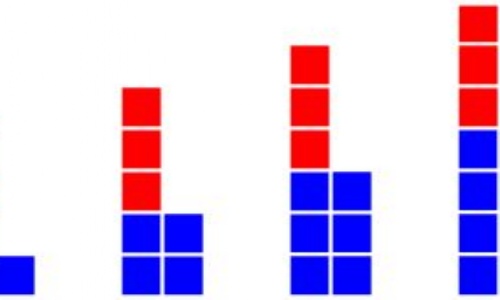 At the end of the summer term, Year 7 worked on a project called Growing Patterns in Maths. This project was produced by MEI, Mathematics in Education and Industry, an independent charity committed to improving mathematics education.

The activities were designed to allow students to reason mathematically by making and testing conjectures about patterns and relationships. Another aim was for students to become more familiar with some key features of scientific calculators.

They were introduced to the idea of a function machine and had to generate terms in sequence using function machines. The second part of the project was based around the idea of a growing pattern which looked a bit like an animal. The pattern was introduced as a series of three images made from squares and recreated in cubes. Students had to use algebra to generalise and create a formula.

Some fantastic projects were produced.

Well done to Lina in 7C for her outstanding work and poster.

Well done also to Matilda  in 7C and Assia  in 7M for their wonderful posters.